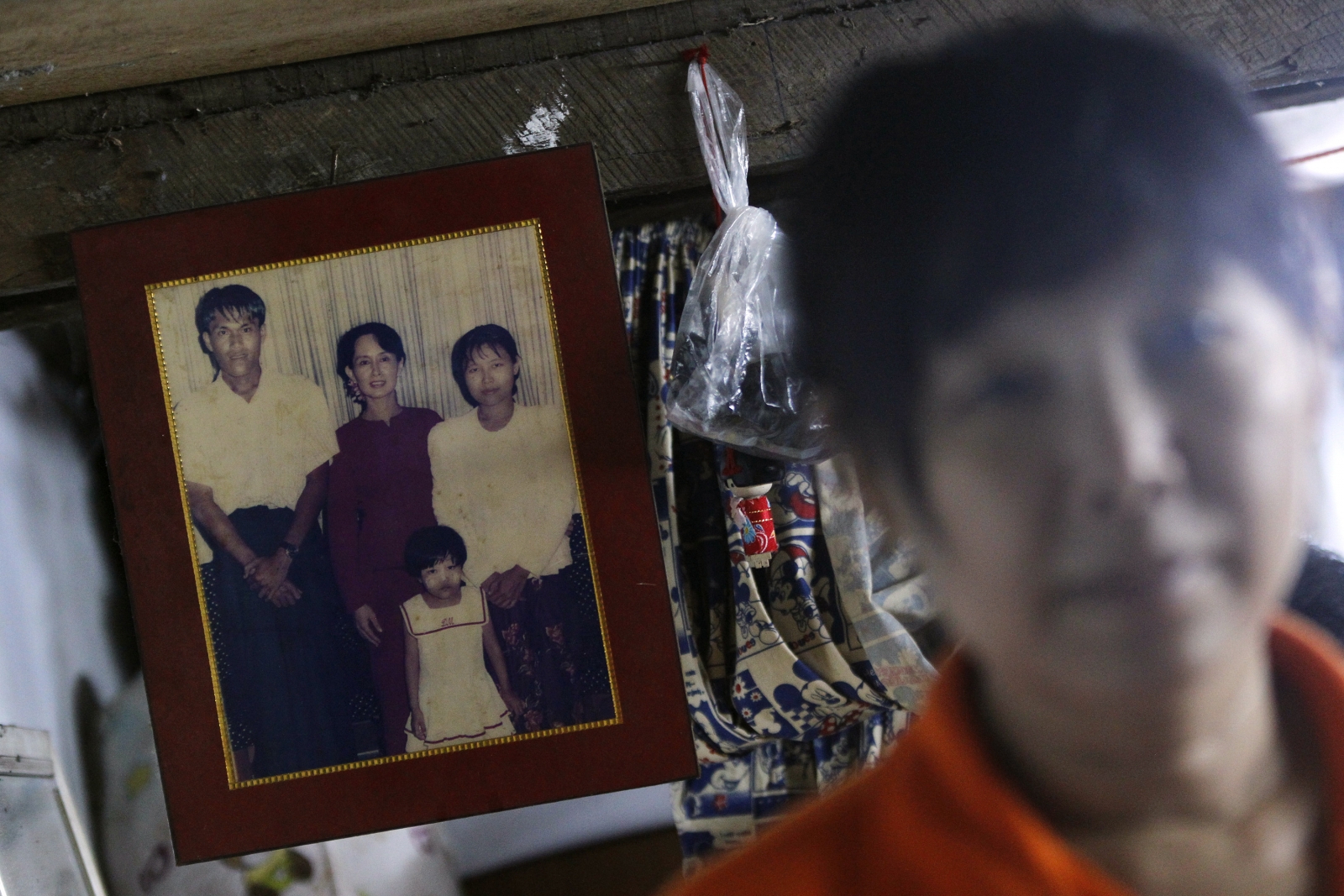 Than Dar, the wife of slain journalist Par Gyi, stands in front of a family photograph showing herself, her husband and daughter posing with Aung San Suu Kyi, during a Reuters interview at her home in YangonReuters

Burmese authorities have ordered that the body of a journalist who was murdered by the country’s powerful military be exhumed, casting a shadow over US President Barack Obama’s visit later this month.

Aung Kyaw Naing, also known as Par Gyi, was killed after being detained for photographing clashes between the military and a rebel group in the state of Mon.

The military stated that Par Gyi was gunned down when he tried to steal a gun from a soldier, but domestic and foreign human rights organisations immediately challenged these remarks forcing reformist president Thein Sein to call for an investigation into the death.

The wife of Par Gyi said she suspects he died while being tortured, and urged the government to return the body. The journalist once worked as a bodyguard for Aung San Suu Kyi and was a prominent activist in the country, which was formerly ruled by a military junta.

“They killed the wrong person,” Mark Farmaner, director of Burma Campaign UK, told IBTimes UK. “He was a known activist and journalist and they mistakenly accused him of being a member of a military organisation – something that everyone knew was a blatant lie.”

International rights groups voiced firm condemnation of the killing of Par Gyi, turning a domestic story of abuse into a worldwide call for justice. That is likely to embarrass the Burmese government and put a spotlight on daily human rights abuses in the country at a time when the government prepares to host US President Barack Obama at an important regional summit.

Crackdown on freedom of expression

The Asian human rights commission (AHRC), New York-based Human Rights Watch (HRW) and the Committee to protect journalists (CPJ) have all pressured the Burmese government to investigate the death of Par Gyi and release all journalists still in prison.

The US state department called for a transparent investigation into the death of the journalist and “raised concerns with the government on the matter”.

“We call on the government to conduct a credible and transparent investigation into the circumstances surrounding his death, and to hold the perpetrators accountable,” an official statement said. “Respect for press freedoms is a cornerstone for every flourishing democracy. We urge the Government of Burma to release journalists still in captivity who have been detained for exercising these freedoms.”

The killing of the journalist comes against the background of a massive crackdown on freedom of expression in Myanmar, which has reportedly become less tolerant towards press freedom, jailing journalists who criticise the government.

Earlier in October, three journalists and two publishers were sentenced to two years in prison on charges of defamation of the state.

After a period of liberalisation in 2012, during which at least 12 imprisoned journalists were freed and pre-publication censorship ended, Thein Sein’s government has resumed the suppressive policies towards the press, according to rights group. 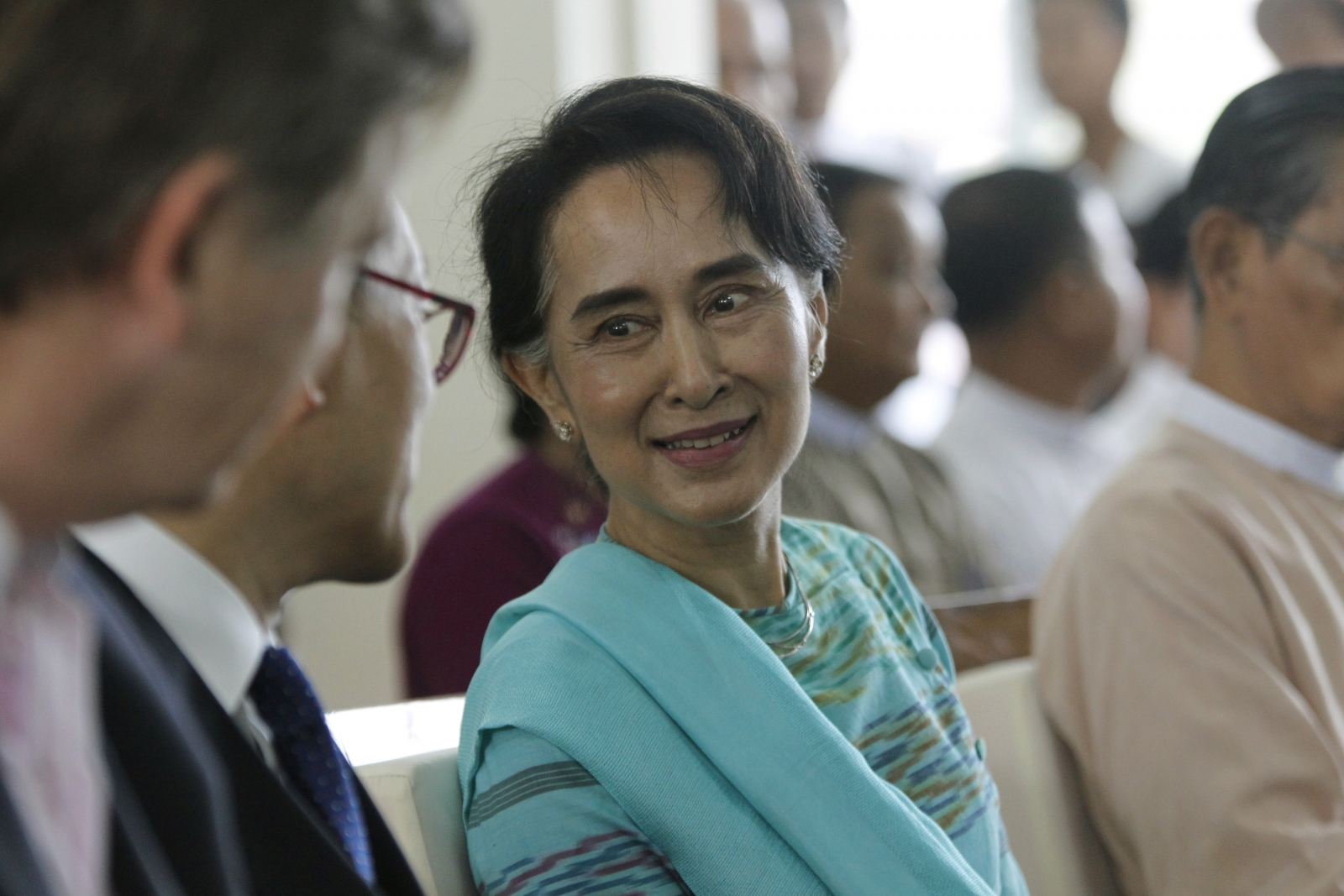 Myanmar’s president Thein Sein has embarked on a series of reforms to ferry the country from authoritarian military junta rule to a proper democracy. But activists claim the dramatic reforms that saw international sanctions removed are just a cover-up from the powerful military to hang on to power.

“The government is not slowing down on reforms, it is clearly backtracking,” Farmaner said. “The number of political prisoners has doubled, discrimination against Rohingya Muslims has increased and journalists are jailed on a daily basis.”

Her National League for Democracy (NLD) is expected to win the 2015 polls. A current provision in the 2008 constitution blocks anyone whose spouse or sons is overseas citizen from leading the country. Suu Kyi’s husband was British as are her two sons.

However, Farmaner called the report “a PR spin from the Burmese government ahead of Obama visit”.

But the Nobel Laureate is not willing to take the issue to a higher level, according to Farmaner, urging people to take to the streets, for example.

“Suu Kyi has no choice,” he said. “She is concentrating on trying to win any available seats in next year’s elections to demonstrate public support after decades of military rule. They never agreed to change the constitution.”

US president Barack Obama “underscored the need for an inclusive and credible process for conducting the 2015 elections” during telephone talks with the Burmese president.

But both Obama and Thein Sein have a common interest in portraying Myanmar as a democratic success, according to Farmaner.

“Obama wants to claim Burma as his own personal foreign policy success after failures in the Middle East,” he said. “If he would speak out against human rights abuses in the country it would be like to say that his policy has failed.”