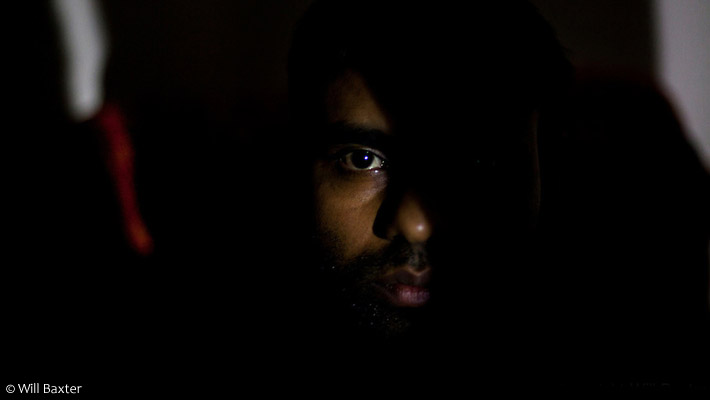 (The United Nations International Day in Support of Victims of Torture is  observed annually on the 26th of June.)

Perhaps it would have been better to have died that day,” she said, “and yet I have a desire to live”. Surprisingly perhaps, this comes from a woman whose struggle is by no means over. Any day now she could be rounded up in the country where she lives in hiding. She would be returned to Sri Lanka, for what she fears will be more degradation and pain. Multiple gang rapes by military officers, an illegal village abortion, rape while signing in at army camps while her father waited outside, a white van abduction, torture, a botched suicide attempt and now a life of hiding. The list of what one human being can endure seems endless. Sometimes despair does seem a more logical response but the human ability to triumph over even the unimaginable, is extraordinary. I’d call it a miracle but that would take away the hard work it involves, the strength of character, the tenaciousness. This woman deserves a chance of a future. She’s holding on for dear life. Someone needs to grab hold of her before she slips into the abyss yet again.

It is constantly shocking to hear their tales but it is also a remarkable privilege to come into contact with survivors of torture, to witness them slowly transform themselves from hunted dazed creatures into people confident and trusting enough to go out again into the world. The power of the human desire to live should not be underestimated.

We talk a great deal about victims but I think of several young Tamil women who’ve recently married and had babies. Nothing special you might say, unless you glimpsed a fraction of the tsunami of barbarity they’d withstood – and that too without drowning in hatred. Months of being locked up, raped by more men than they can recall, left naked in the dirty cell, branding with hot metal rods all over their flesh.  Most people treat animals better than this, not beautiful intelligent young women. To overcome the social stigma, the shame, the need to hide the crime, the emotional trauma and physical wounds and dare to be happy again, to trust enough to love. That is indeed a triumph against the evil men – and a few evil women too – who perpetrate these crimes of personal destruction.

When I first started meeting Sri Lankan torture survivors, a doctor told me the story of one of her earlier patients. She had survived repeated rape in detention by the security forces and was badly traumatised but she’d met a good Tamil man, married and had children. Years later they were happy but sometimes the patient still visited the doctor with complaints of strange aches and pains – symptoms for which there was no medical explanation. It was the past catching up with her.

How can something so brutal and violent ever be completely erased? The fact that human beings can for the most part conquer such memories of torment is surely an incredible achievement we should honour. I think of the Tamil woman who had a baby conceived of rape. Yes, rape in custody. Somewhere along the line she decided the baby was a blessing, a new start, something to love and cherish. She’s rushed headlong into the disaster and embraced it, transforming it into something positive. Of course she has moments of panic, of despair, but there are two strangers who’ve made it their business to try and calm her.

Sometimes you just know that someone is a survivor. Like the Tamil single mother to whom I sent a small sum of money donated by a friend who couldn’t bear to hear her story without doing something for her. The mother, a white van abduction and sexual violence survivor, wrote a thank you note to my friend, which said there were moments when she was in detention when she didn’t know if she’d survive to see her child again. Now she would use the money to buy her daughter socks and warm clothes she needed in England but she hoped one day she would be in a position to help others in the way that she’d just been helped. To be able to look forward to a day when you will assist others speaks of a strong vision of recovery.

I don’t want to make reconstruction of a broken human being sound easy, but it is important to remember it is possible, at least partially and with a supreme effort. I think of a young torture survivor from Sri Lanka, who still has moments of darkness, but has now started to plan a future, enrol for a training course and dream of a career. Last summer though he was alone and sick and desperate. I hadn’t realised how hard it is to be a torture survivor and have flu. His body badly needed sleep but every time he slept he’d have nightmares.

The first day he moved into asylum accommodation, someone hammered loudly on the door of his room at midnight and then the house caught fire. He was so terrified by the intrusion and the noise of the fire alarm that he just sat frozen on the bed in his room on the top floor until someone remembered he was there and came back to save him, dragging him out through the smoke. Having lived through torture and sexual violence, how ironic to die in a house fire in London. He told me he’d lost all his meagre possessions. I hurriedly packed a box of clothes and things for his new room and stuffed in a not too depressing book I’d just read. Of course it was the book  – The one hundred year old man who climbed out of the window – that delighted him more than anything and inspired him to go and find the local library. But he told me he still slept at night with the light on because he was now so terrified of the dark and if something happened again he wouldn’t be able to scream. I bought him a personal attack alarm on amazon – the kind women carry in their handbags at night. It worked a treat. I ended up giving them to other people too as reassurance – an electronic gadget to voice their terror and anguish.

This young man has benefited from meeting people who’ve offered him a vision of a future, like a Tamil designer his age who invited him to his house, a well-known international human rights activist who calls him regularly on the phone, and a Tamil family who have shown him kindness. There are moments of terror, mostly over his asylum case, which is by no means resolved yet, but he’s gradually gained in confidence. There’s been a lot of yoga, meditation and counselling too along the way.

I think if it were me I would be consumed with bitterness and anger at the world – more so that the perpetrators go free and the vast majority will likely never pay a price for their terrible crimes. The absence of justice is further compounded by the dirty smog of denial that blankets the truth. Every time I write about Sri Lankan torture survivors somebody in the country makes a sneering remark. Perhaps they don’t realise how tasteless that is. The victims are Tamils, but there are also Sinhalese and Muslims. The victims are male but there are also women and children. But mainly they are fellow human beings.

What’s strangely absent is any desire for revenge among survivors. Frankly I find it difficult to understand. When I hear a particularly disgusting story of depravity, I can’t help feeling angry that people can do this cruelty to each other. And yet I’ve never heard hatred expressed by those who have survived torture. They have not lost their humanity. That is of course how they triumph over their torturers.

Don't hold to anger, hurt or pain. They steal your energy and keep you from love. - Leo Buscaglia
By SDQ          Tweet!