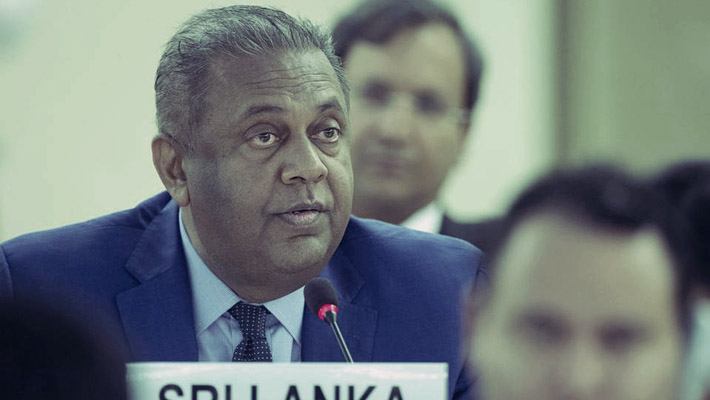 Sri Lanka says that any investigations into alleged war crimes and crimes against humanity during the last phase of Sri Lanka’s bloody civil war will exclusively be handled domestically.

Speaking to journalists in Colombo soon after his return via Delhi after attending the United Nations Human Rights Assembly, External Affairs Minister Mangala Samaraweera said on Thursday (17), “We don’t want any out side bodies dabbling in such investigation which should be done by us”.

Releasing the report on findings of war crimes and crimes against humanity the UN human rights chief told journalists in Geneva on Wednesday that the UN only carried a human rights investigation and that a ‘hybrid special court’ will be needed to deal with violations.

However, Minister Samaraweera said that the ‘burden of carrying out the criminal investigations,’ is upon the Sri Lankan government and ‘that is what we wanted’. 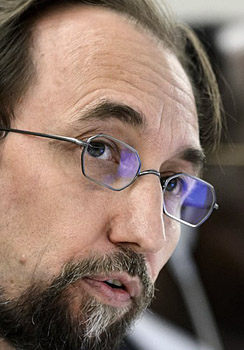 g to media, the High Commissioner Zeid Ra’ad Al Hussein said that “The levels of mistrust in State authorities and institutions by broad segments of Sri Lankan society should not be underestimated.”

“It is for this reason that the establishment of a hybrid special court, integrating international judges, prosecutors, lawyers and investigators, is so essential. A purely domestic court procedure will have no chance of overcoming widespread and justifiable suspicions fuelled by decades of violations, malpractice and broken promises” he said.

Minister Mangala Samaraweera who said in Colombo that Sri Lanka has to finalise on ‘prosecutors, judges,” informed journalists that a consultation to establish a domestic inquiry mechanism that obtains international expertise will begin from the second week of October and will be completed by the end of January.

He said that from January the Government will begin implementing the ideas and proposals discussed during the consultation process and hope to complete that process in 18 months.

Drawing the line: Cartoonists under threat

All growth depends upon activity. There is no development physically or intellectually without effort, and effort means work. - Calvin Coolidge
By SDQ          Tweet!